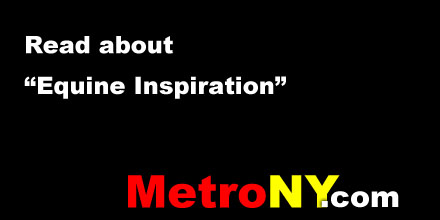 American Pharaoh won the most elusive sports trophy yesterday, the Triple Crown. The now legendary Thoroughbred brought joy to the world and galloped his way into sporting immortality. American Pharaoh is a horse with a misspelled name, whose owners put him up for auction but no one wanted him because of a bump on his leg, and one with a short tail because it was chomped off by a stablemate. Although American Pharaoh has every decision made for him, down to what he has for breakfast every morning, he taught us that becoming a champion takes persistence, teamwork, faith and leadership.

There an adage that says, “People aren’t against you, they’re for themselves.” The other horses, jockeys and trainers that show up to Belmont when there is a Triple Crown contender are billed as potential spoilers. They aren’t there to keep the crown from American Pharaoh’s team, they are there to win a race for themselves.

When American Pharaoh didn’t sell at auction, his owners bought him back and gave him another try with his trainer, Bob Baffert.

American Pharaoh’s trainer has come close to winning the Triple Crown before. Baffert shows up every year with at least one contender, with the same faith, hope, and spirit that he always does. We have no way to know what he is really feeling on the inside. Mr. Baffert’s winning attitude gave me faith today. He taught to believe in myself and to tune out the naysayers. Pun intended, for sure!

I’ll admit that I am inspired the horse as much as I am by the owner, trainer and jockey. They are part of a team. Even though horse is totally oblivious to all that goes on around him he is an athlete and a champion! His trainer outfitted him with earplugs on race day to make sure he stayed calm! He has no idea what he is worth, nor would he ever care.

American Pharaoh and Bob Baffert are immortalized in history.