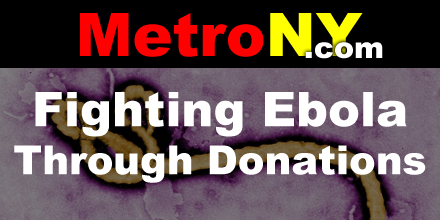 Last week Facebook founder Mark Zuckerberg and his wife, Priscilla Chan, donated $25 million to help stop the spread of the Ebola virus. This is the largest donation given by any individual. Monies donated by Zuckerberg went to the foundation that funnels private donations to the US Centers for Disease Control and Prevention (CDC (CDC). Zuckerberg’s Facebook post stated,

“Grants like this directly help the frontline responders in their heroic work. These people are on the ground setting up care centers, training local staff, identifying Ebola cases and much more.”

Ebola infected communities continue to spread the disease because they cannot even clean up after the sick or deceased. It is common for disasters, healthcare crisis and other high profile outbreaks motivate individuals, corporations and foundations to give goods, time and money. The effects of Hurricane Sandy motivated donors to give over $310 million dollars to the Red Cross alone[1]. From my area in the Philadelphia region, many took giving into their own hands. Neighbors organized food, clothing and essentials drop-off points, rented vans and simply drove them into devastated New Jersey shore neighborhoods, giving whatever they collected to families in need. That’s not an efficient way to fight Ebola.

According to Business Insider, “A significant percentage of this money has been pledged but not yet distributed to the affected region.” The grpah of contributing sources and nations is below[2].