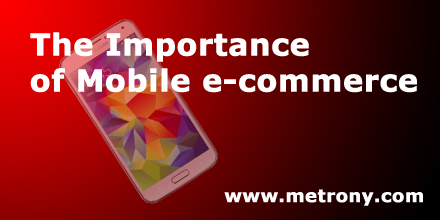 The first mobile phone call was placed in 1973 (Foundation). Research In Motion released its first BlackBerry in 1999. Cell phones moved quickly into the consumer market although their cost was (and still is!) high. The first iPhone was in June 2007 and the first Android smartphone in 2008. By the 2010, it was predicted that e-commerce websites would eventually surpass desktop online transactions. Smartphones grew more-and-more sophisticated with slimmer designs and a plethora of apps.

According to Pew research 68 percent of adults in the United States currently own a smartphone, up from 35 percent in 2011 (Smith, 2015). Young adults, 85% of whom are smartphone owners, use their smartphones for a variety of information seeking and transactional behaviors.

Desktop and mobile combined retail digital commerce reached $83.5 billion in the first quarter of 2016. During that same period, mobile e-commerce retail spending grew 40% over the prior year (comScore, 2016). Video games, toys and & hobbies, and jewelry were the top-growing digital commerce product categories.

Most consumer products can be sold online. If a product cannot be transacted online, then an alternative is to ask for contact information from perspective buyers.

About five years ago. I advised website owners to keep mobile in mind when constructing a new website or reworking navigation. Then we told business owners to be sure their websites were using “responsive designs” – which means the website can detects readers’ devices and resizes itself accordingly for the best viewing experience. Now, websites are optimized for the mobile as well as desktop experiences. In some cases, an app may be a helpful shopping aid.

Look at your own website to gain an understanding of who your average shopper is. Gender, age, income, all play important parts in directing your marketing campaigns and online presence. Keep in mind that you may be missing certain audiences because you are not communication to them in the way they prefer to be contacted. Social media marketing, email campaigns, websites, and apps all play an important role in e-commerce marketing.