Are you looking for an energetic speaker to captivate an audience? With her varied background as a digital marketer and education in Engineering, Michelle brings knowledge, excitement, and levity to the business of digital marketing with her lighthearted speaking style.

Michelle is an speaker, entrepreneur, author and consultant involved in digital marketing for over 19 years. She earned a Bachelor’s degree in Engineering from Rensselaer Polytechnic Institute. Michelle is a video partner with Entrepreneur Magazine’s YouTube channel, Entrepreneur Network. She is the author of “Pinterest Tutorial” and the upcoming “Build Your Business Presence Online.” Follow Michelle on her blogs, metrony.com and pintalk.net.

Workshops are half-day or full-day formats. Speeches vary in length and format but are always filled with actionable ideas. Michelle was a featured speaker at Affiliate Summit West at Paris Las Vegas Hotel and at the NYC Marriott Marquis. The conferences welcome over 8,000 attendees each! 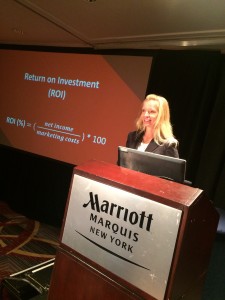