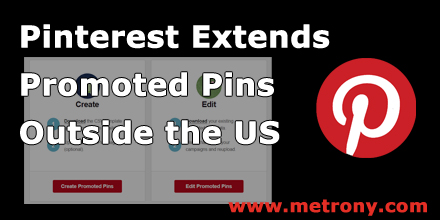 Pinterest is headed overseas to with their advertising platform, known as Promoted Pins Pinterest. Pinterest.com is expanding to other English speaking countries. The expansion will begin in Britain.

Pinterest Promoted Pins [Figure 1] are sponsored posts that get priority placement in a user’s stream. Although the advertising platform is not as robust as Facebook, Instagram, and Twitter, advertisers can work with targeted audiences and behavior tracking. 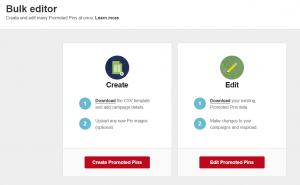 Promoted Pins are one of Pinterest’s advertising solution. Advertisers can launch engagement and website traffic campaigns to bring Pinterest shoppers to their websites. Until now, Promoted Pins were only available in the United States. Pinterest is a private company built with VC money. According to Business Insider, the company is valued at about $11 billion. User accounts, including businesses are free leaving advertising its only way to monetize the over 100 million users.

The social media channel has other advertising solutions such as Buyable Pins as well as specialized Promoted Pins called Cinematic and the new How-to Pins.